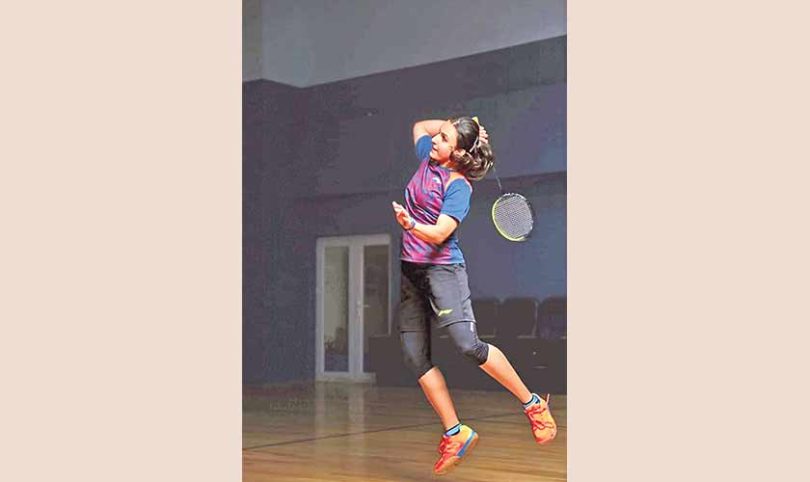 She may have missed the bus for Tokyo Olympics this year, but Pakistan’s top badminton star Palwasha Bashir believes that God works in mysterious ways and that she will be able to make it to the next Olympics (in three years’ time).,She is hopeful that more women will be part of the next contingent. Currently ranked 147th in the world in doubles, and 217 in singles, the national champion in women’s doubles for the 10th time feels that it would have been great had the Pakistan Olympic Association sent more than one player for the Olympics.

The News On Sunday spoke to Pakistan’s number one shuttler who wishes her former doubles partner Mahoor Shahzad all the best, and aims to improve her world ranking so that she can become the first Pakistani female shuttler to qualify for the Olympics. Here are some excerpts:

TNS: The closed doors of Olympics are now open for Pakistani shuttlers with Mahoor Shahzad’s invitational entry. How do you see that as a fellow shuttler who has been amongst the top badminton players in the country?

Palwasha: It’s a good thing that a female badminton player from Pakistan will be part of the Olympic contingent this time around, and I know Mahoor can do wonders if she plays to her potential. It would have been even better had the Pakistan Olympic Association and Pakistan Sports Board pressed for a couple of badminton players instead of one, as that would have helped Pakistan’s cause more. Since I am a former South Asian Games bronze medal winner, it would have been great had I also been part of the contingent. Yes, it’s disheartening but I have faith in the Almighty. After all, the next Olympics will be there within three years, and who knows, if I train harder with my coach Iftikhar Hussain and stay fit, He might reward me with an Olympic spot in 2024!

TNS: Usually Pakistan’s badminton players aren’t household names but nearly all those who follow ‘smaller’ sports know Palwasha Bashir. Even they were stunned when your name wasn’t announced for Tokyo 2020!

Palwasha: I have been part of Pakistan’s badminton circuit for the longest time, and whenever ‘smaller’ sports were given coverage, my name was there for the laurels I brought. Due to Covid, sports activities in Pakistan and around the world were suspended and had that not been the case, I could have qualified for the doubles event at the Olympics rather than being ‘invited’ for the singles event. I am happy for my former doubles partner that her entry has opened the closed doors of the Olympics for our athletes, and if she is going to be the first female badminton player to represent Pakistan in the Olympics, I have set my eyes on being the second.

TNS: They could have sent two players on invitational quota even in Tokyo 2020, right?

Palwasha: I believe they could have but since a Pakistani shuttler hasn’t represented the country in the Olympic Games, the organisers must have thought of sending just one player this time around. Since Mahoor’s ranking is currently better than mine, she got the nod but I don’t plan to go down easily. I have three years to work harder, stay fitter and make the case for Olympics in 2024!

TNS: There have been more downs than ups in your career during the past few years but you are still confident of a better future. Why?

Palwasha: These hindrances like not sending me to international events, disturbing my rhythm by constantly changing partners are nothing compared to what I have faced during my career. Restrictions were put on my presence in leading Karachi clubs such as DA Sunset Club and later Creek Club, and I was discouraged to play there as I was not a member. I believe that whatever goes around comes around and whoever was behind this will face His wrath, and my job is to keep shining despite these issues.

TNS: What has been your most cherished victory during your career?

Palwasha: Besides being the women’s doubles national champion and winning a silver medal at the Kenya international Women’s Doubles and bronze medal at the Uganda International Doubles event in 2020, I have represented Pakistan twice in Commonwealth Games as well as the Asian Games while I am the only female in the history to bag a bronze medal in women’s singles event in South Asian Games. I have also been the singles national champion for seven years.

However, when I won a double crown in the Pakistan International Series played in Islamabad in 2016, I was over the moon, as I not only had won the gold medal in the singles event but also in the doubles event. It was a great honour for me, as no female badminton player had ever aced both the events in an international tournament. The next year, I followed it with another gold medal in the doubles event in the same series.

TNS: Doesn’t it hurt when other sports in Pakistan get more coverage, the players earn better, and are approached by brands, both national and international?

Palwasha: Of course, it does. Badminton players also deserve respect and a pat on the back for giving their best in current circumstances. We don’t have training facilities in Karachi that can produce world-class players but we try to do whatever we can with available resources.

TNS: If you could name one player in Pakistan from any sport who makes you want to be a better player, who will that be?

Palwasha: Aisam ul Haq has motivated a lot of players. I still remember the 2010 US Open where he and his doubles partner Rohan Bopanna went against the best in the world and troubled them throughout the finale. I hope that one day our badminton players can do the same, and make Pakistan appear on the map of international badminton.