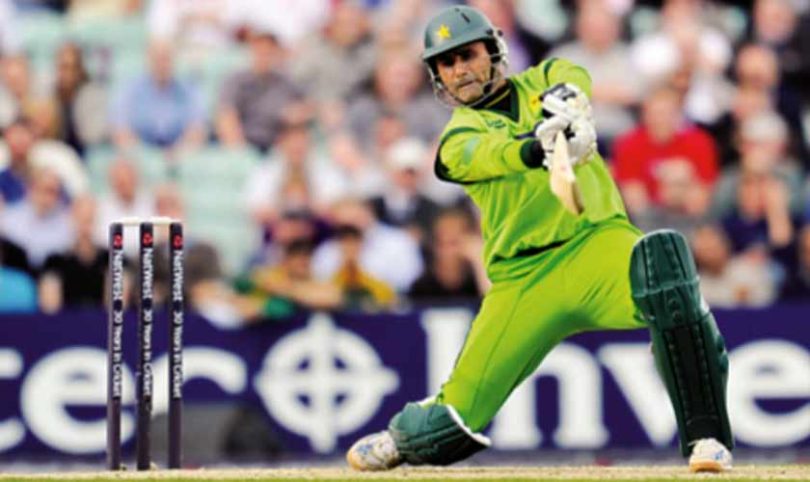 One-day Internationals are a lot different from Test cricket. While it is very difficult for a batsman or a bowler to excel in both departments in a Test match, the ‘limited nature’ of ODIs makes it easier for either to excel on one fine day, provided you get to bat and bowl in the same match.

That’s why when we decided to shortlist the ODI all-round players who represented Pakistan, we kept the criteria a little harder. Instead of scoring one fifty in ODIs, we kept it down to three, and the number of wickets an all-rounder needs to qualify for this list must be 40; more than 10 catches would be enough to earn a place in this esteemed list. Many from the Test side are missing. As for T20Is, everybody is an all-rounder there! Read on:

Every ODI team these days needs an opening batsman who can score runs in the first fifteen overs, as well as take the innings forward. Pakistan was lucky to have many openers who could do both, however, only a handful fit the criteria due to their all-round abilities. One of them is Aamer Sohail (4780 runs at 32 with 5 centuries, 31 half-centuries, 85 wickets at 44 with 49 catches in 156 matches) and those who have followed his career know what he did to India in the Quarterfinal of 1996 World Cup at Bangalore (before losing his cool, that is!). Not only can he be explosive with the bat but can also take wickets when given the chance and his 85 ODI wickets are proof of that. And his fielding especially Down Under was legendary where he at one time was declared Pakistan’s best fielder, after the World Cup in 1992.

Who better to open the innings with him than Mohammad Hafeez (6614 runs at 33 with 11 centuries, 38 half-centuries, 139 wickets at 39 with 85 catches in 218 matches) who in his prime was as good as any ODI all-rounder – as long as the other side didn’t have Dale Steyn? He can open the innings with both the bat and the ball, score runs and take wickets and above all, hold onto catches (provided the bowler isn’t Mohammad Amir), helping his side win matches.

For his match-winning innings in the final of the World Cup 1992, Imran Khan (3709 runs at 33 with 1 century, 19 half-centuries, 182 wickets at 27 with 36 catches in 175 matches) will remain my number three no matter who else is in the side. At 40, he hit a towering six in the biggest ground in the world when Wasim Akram and Inzamam ul Haq were dealing in fours; in fact, Imran Khan was caught at the boundary trying to accelerate the score. Add to that his bowling prowess and not only we have the King of All-Rounders in the side but the captain as well, who could lead by example, and inspire with his performance.

Former Captain Saleem Malik (7170 runs at 33 with 5 centuries, 47 half-centuries, 89 wickets at 33 with 81 catches in 283 matches) could follow him at number four. After all his record proves that he was a good all-rounder even if shady in the latter part of his career. Who can forget his batting at Calcutta against India where he scored 72 unbeaten runs off 36 deliveries to help Pakistan to an unlikely victory in 1987, or bowling against New Zealand where he took five wickets for 35 runs in 1990 to clinch the man of the match award at Lahore?

And finally, there was Abdul Razzaq (5080 runs at 30 with 3 centuries, 23 half-centuries, 269 wickets at 32 with 35 catches in 265 matches). If you wanted the bowler to bowl a wicket-maiden, he would do and win the match; if the target seemed beyond reach, he would ensure that he stayed there till the end and won the match for the team. Be it the iconic tied ODI at Sharjah featuring Sri Lanka in 1999 (5 wickets for 31 runs) or the Abu Dhabi encounter against South Africa (109 not out on 72 balls with 7 fours, 10 sixes) eleven years later, Abdul Razzaq proved that one man can really make the difference.

And then there was the best wicket-keeper!

He may not have scored ODI centuries like Kamran Akmal or Sarfaraz Ahmed, or wasn’t as feared with the bat as Moin Khan, but Rashid Latif (1709 runs at 19 with 3 half-centuries, 182 catches and 38 stumps in 166 matches) had something they all didn’t. He had the eye that makes a wicket-keeper the wicket-keeper! He very rarely missed the ball let alone drop a catch and when he was behind the stumps, the pacers knew that an edge and a catch (or a miss and a stump, depends on who was bowling) meant the same. In a team full of stars, that should be the one and only criterion for selection and that’s why we have Rashid Latif here, the wicket-keeper who reduced the slip fielders to mere spectators.

Firepower at the end!

And finally, finding the bowlers to get the job done, in a team where nearly everyone except the gloveman can bowl. First of all, there should be the main strike bowler and with Wasim Akram (3717 runs at 17 with 6 half-centuries, 502 wickets at 24 with 88 catches in 356 matches) in the line-up, who would need another bowler who can make the ball, and the batsmen, dance to his bowling. He was a magnificent fielder be it in the slip cordon or in the outfield whereas he could hit sixes at will.

His teammate in the 90s Azhar Mahmood (1521 runs at 18 with 3 half-centuries, 123 wickets at 39 with 37 catches in 143 matches) would be ideal to replace him after his first five overs and do what he did the best during his career: contain the scorecard and take the odd wicket here and there. And while he was a safe fielder especially in the slips, he was no mug with the bat, hitting the ball hard and out of the park whenever he was in the mood.

Asif Iqbal didn’t fit the selection criteria but look at his record – 5 fifties in 10 ODI at an average of 55 with 16 wickets at 24! Who wouldn’t want him in their side as a specialist whatever you could do? Just imagine giving him a few more matches and he would have done wonders and who knows, we might have won the World Cup long before 1992!