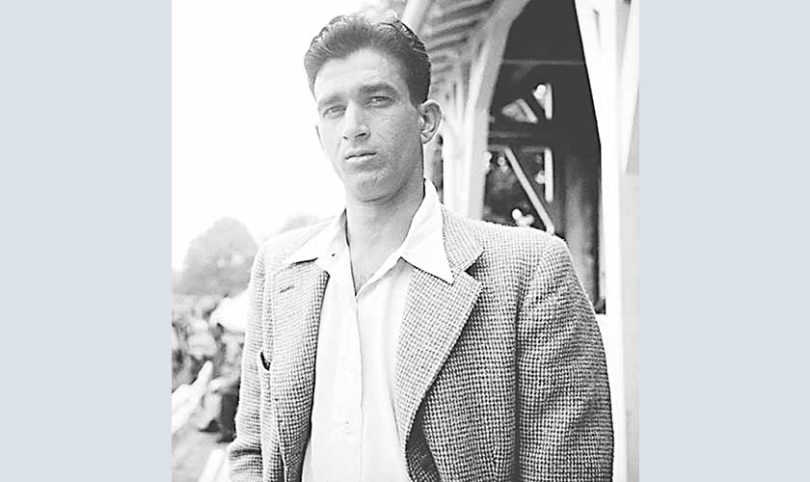 You are as good as your last performance in any sports and Cricket is no different. Many players who earned respect during their careers either lost it due to their actions in the final days of their career or after their retirement from the game.Pakistan has had its share of Fallen Idols, who were once hailed as saviors, but later termed a nuisance for those who entered the game after them. Who were these players and why they lost their well-earned respect, let’s find out:

He was Pakistan’s first-ever Test Captain, who led the ‘minnows of the game’ to victory against every Test-playing nation he faced during his first series. If Pakistan Cricket found its footing in the international arena in the 1950s, it was due to his brilliant leadership, which continued after his retirement as well. As a Cricket administrator, he was regarded as a no-nonsense person, but that’s what caused his downfall. From stand-in Captain Majid Khan refusing to take orders from the Chairman of the Board in a World Cup match to his inability to solve a pay dispute with players in 1977, Abdul Hafeez Kardar’s fall from grace was inevitable because of his actions. He spent his later years as an ambassador to Switzerland, far away from the game he loved.

For a player who scored a century on his Test debut, won countless matches for his country during the 1980s – most notably at Calcutta against India in 1987, managed to conquer English conditions with his stylish batting and even led his side well in his short stint as a Captain, Saleem Malik’s end was anything but expected. For his alleged involvement in the match-fixing scandal that rocked the Cricket world in the 1990s, he was banned from Cricket for life and is still not allowed to hold a managerial or coaching position by the authorities. For a batsman who had so much to offer, Saleem Malik’s life turned upside down, with nothing much to do, but regret his actions.

Before there was Shoaib Akhtar, there was Waqar Younis. He bowled many batsmen with his toe crushers, broke wickets at will, and destroyed the careers of many batsmen with his fiery bowling. From 1989 to 2003, he was the world’s fastest bowler. Although he quit the game at his prime, he returned to the national side as bowling coach and as head coach. Sadly, in all his stints, he failed miserably because he couldn’t deliver what was expected from him, because he backed the wrong players knowingly, and because he kept deserving players out of the national side for unknown reasons.

During his tenure, no pacer managed to cross 200 wickets while representing a country that was once known for its fearsome fast bowling. He may still be part of the national side but for a bowler of his caliber, whatever he has achieved as a coach is nothing!

During the 1990s, Inzamam-ul-Haq was compared to the likes of Brian Lara and Sachin Tendulkar. But unlike the two legends, Inzi chose to return to the game as a Chief Selector and managed to ruin quite a few careers. From deliberately keeping the very talented Misbah-ul-Haq away from the national side to keep his position safe in the playing XI to not selecting Fawad Alam for as long as he was the Chief Selector, Inzamam ruined his reputation just the way he used to ruin opponent pacers during his career. Currently, he appears on YouTube as an analyst but those who know what he did in the past can easily see through the façade and still blame him for keeping good players away from the game to satisfy his ego.

Misbah had the fans’ sympathies when he was recalled later in his career and went on to become the most successful Test captain of Pakistan. After breaking many national records and equaling the fastest Test century record during his career as a batsman, he returned to the game first as the Chief Selector turned Head Coach Cum Batting Coach, only to be removed as both Chief Selector and Batting Coach for his inept performance. For his biased team selection where he preferred nobodies like Iftikhar Ahmed, Asif Ali, and Khushdil Shah and losers like Umar Akmal and Ahmed Shehzad over ICC Champions Trophy-winning Captain Sarfraz Ahmed, Test specialists Asad Shafiq, Fawad Alam, and others, Misbah has fallen from the top and has reached rock bottom. Sadly, his various achievements are no more considered worthy and the followers of the game mostly remember him as the batsman who “scooped” the World T20 instead of as the Captain who won the Test mace!