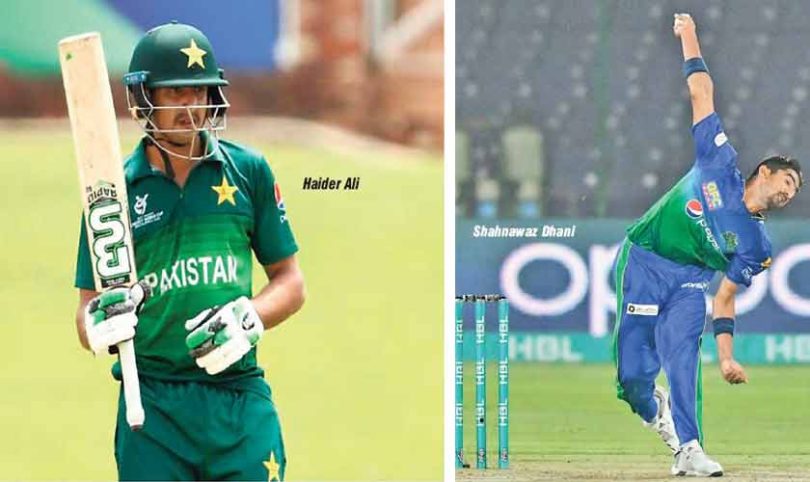 Pakistan cricket team has landed in South Africa to participate in the ODI and T20I bilateral series next month. After playing three ODIs and four T20Is, they will move to Zimbabwe to play three T20Is and two Tests against the host nation. For such a nonstop tour, the Chief selector picked a balanced squad that comprises both young and experienced players, so that a) they get the exposure and b) if someone gets injured, the replacement is nearby.

Four players in the squad have been selected on the basis of their PSL-6 performances. Who they are and how they fared in the PSL-6, let’s find out:

He has been part of the Pakistan squad since the English tour last year, but the way he came into his own during PSL-6, it would be impossible for bowlers to stop him. Playing for Peshawar Zalmi in the event, he scored 119 runs in five innings off 68 deliveries in total, at a whopping Strike Rate of 175! He may have scored just one fifty in the event but in a tournament where most of the matches were won by the team batting second, he was unstoppable. Out of his 119 runs, he scored 86 runs in boundaries, with the help of eleven fours, seven sixes!

How he fares in South Africa and Zimbabwe remains to be seen but one thing is certain, he should be used in the lower order, if Pakistan is to take advantage of his form!

Hailing from Larkana, the tall Shahnawaz Dhani proved to be a revelation for his side Multan Sultans; in four matches he ended up with 9 wickets and impressed all with his control over the ball. Not only was his average as low as 17 runs per wickets, but his Strike Rate and Economy Rate were also as low as 10 as well. With his selection, not only Larkana gets its representation on the national side but Pakistan also gets a raw bowler who can destroy the best batsmen in the world on his day.

Karachi Kings’ Arshad Iqbal doesn’t look threatening at first but the way he bowled during the PSL-6 impressed many besides the Chief Selector. He surely looks like a prospect for the future, for taking six wickets in five matches on batsman-friendly surfaces was no small task. Add to that his impressive average of 21 runs per wicket and Strike Rate of one wicket after every 16 deliveries, we might have a lethal weapon in our ranks.

And then there was Mohammad Wasim Junior, the upcoming all-rounder who represented Islamabad United during the sixth edition of PSL, and proved his selection right. He may have taken just four wickets in the four matches he played but his Strike Rate of a wicket after 21 deliveries and his ability to deceive the batsman impressed all. Will he get the chance on the African Safari? We don’t know but the trip will surely help him, and his above-mentioned teammates and groom them for the future.