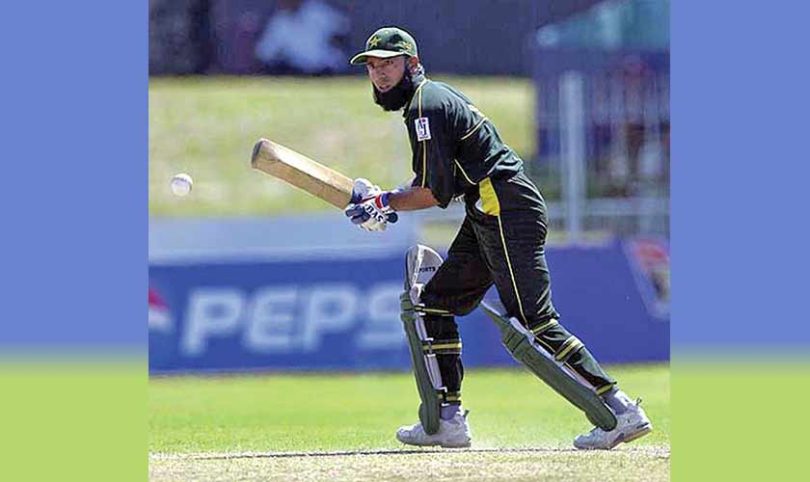 Pakistan has produced some of the best batsmen in the world, but did you know that during the country’s first seven years in ODI Cricket, there was only one centurion? Between Majid Khan’s majestic 109 against England at Nottingham in 1974 – Pakistan’s first-ever ODI century – and Zaheer Abbas’s 108 against Australia during the World Series in 1981, no one managed a three-figure score.

But in the next forty years, a lot has changed, and besides being the record holder of the highest individual score in an ODI for a number of years, Pakistan has made inroads when it comes to centuries. Interestingly, among the top scorers for the country, five places out of six have been taken by left-handers. The most stylish of them all Saeed Anwar is no longer the record holder for the highest individual score for Pakistan, but it was his 194 that made Pakistanis believe that they could do it, and many of his left-handed successors emulated him.

The highest individual innings record for Pakistan, over the years!

Majid Khan’s 109 in just his second limited-overs appearance was Pakistan’s highest score in an ODI for a long time; his colleague Zaheer Abbas did try to break the record in 1981 before he eventually succeeded with 123 against Sri Lanka in Lahore, in 1982. Six years later, youngster Ijaz Ahmed bettered the record with a breathtaking 124 against Bangladesh in 1988 at Chattagram during the Asia Cup. Shoaib Mohammed then broke the record when he scored an unbeaten 126 against New Zealand in Wellington in 1989, and kept the record for four years.

And then entered Saeed Anwar, Pakistan’s most prolific centurion in the 1990s who first broke Shoaib Mohammed’s record, but also bettered it by scoring 131 runs against the West Indies at Sharjah in 1993. However, within one Austral Asia Cup semi-final, first Aamer Sohail (131) and later Inzamam ul Haq (137 not out) went past Saeed Anwar against New Zealand. Three years later, Saeed Anwar scored a majestic 194 against India at Mohali, and when he went past Sir Viv Richards’ long-standing world record of 189 not out, his partner was the previous record holder of the national team, Inzamam ul Haq.

Enter the lefties, in style!

After Saeed Anwar hung his boots in 2003, many left-handers came to the fore but went after making an impact — Salman Butt and Nasir Jamshed did well but were banned from the game for their involvement in spot-fixing. However, none was able to play a long innings. Imran Nazir scored 160 runs against Zimbabwe during the World Cup in 2007.

Fakhar Zaman became a household name after he replaced the lackluster Ahmed Shehzad during the ICC Champions Trophy and scored a grand finale-winning century against India in 2017. His consistent run helped Pakistan big time. He managed to become Pakistan’s first ODI double centurion when he scored an unbeaten 210 runs against Zimbabwe in 2018, and nearly managed to repeat the feat with another innings of 193, a few months back against South Africa. Had he not looked back at the runner, he might have registered his name for the second time in the double centurions’ club.

Besides Fakhar Zaman’s 210 not out and 193 run out, Saeed Anwar’s 194, and Imran Nazir’s 160, only two others have managed to cross 150 while batting for Pakistan. Both these players — Sharjeel Khan (152 vs Ireland in 2016) and Imam ul Haq (151 against England in 2019) — are part of Pakistan’s international team with Sharjeel making a comeback in the T20I setup, and Imam making the ODI opening slot his own with an impressive record.

Out of the top six scores of 150+ for Pakistan, five have been scored by four left-handers. That shows that Saeed Anwar has had more influence on Pakistani youngsters than Majid Khan and Zaheer Abbas, who might have started the trend of scoring big, but were outshined by Saeed Anwar who scored huge!