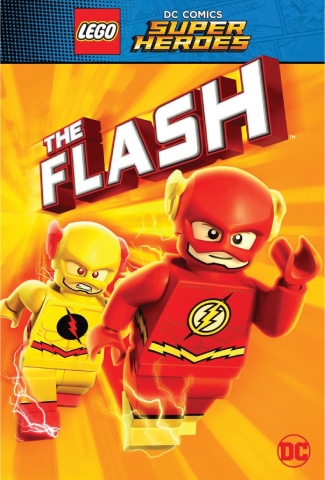 What would you do if you woke up one day without friends, without an identity, and without any special power? You will definitely go crazy and that’s exactly what happened to The Flash in Lego DC Comics Super Heroes: The Flash, where one crazy incident changed his life forever.

He was kicked out of Justice League, he lost all his powers and, above all, he lost his speed. Add the return of some of the most ruthless villains and you get an adventure where The Flash is late but saves the day, and the Justice League thanks him for being there.

It so happens that while chasing Reverse Flash, our Flash (James Arnold Taylor) enters a time loop and lives the day the Joker attacked Metropolis again and again until he realises what’s wrong with his life. He breaks the time loop as soon as he defeats Reverse Flash, but that comes at a price that he is not willing to pay — he loses his super speed and Reverse Flash takes over his place in the Lego World.

With no place to go, The Flash asks Doctor Fate for help, but will he be able to regain his powers in time or will the Reverse Flash replace him for good? Watch the film to know who ends up as the fastest man alive and what happens to the one who doesn’t.

Usually, DC Comics animated flicks revolve around Superman, Batman or Wonder Woman, but not The Flash. However, here this one is all about The Scarlet Speedster who loves being the fastest man around. You get to know all about the life and times of Barry Allen and The Flash, which usually is not part of the story elsewhere. Yes, Batman plays an important part in resolving the plot and that’s what makes him so cool. There is Superman, Wonder Woman, Cyborg, Firestorm, and Aquaman, who combine their strengths to win back the Hall of Justice. How does The Flash get involved in all this is only known to those who have seen this flick.

Then there is the moral of the story — just like The Flash realises that being the fastest is always not the best idea, we all can learn from him and be content with being slow, at times. Directed by Ethan Spaulding, this 78-minute adventure is just what the doctor ordered for those from seven to 70. Fans of The Flash would love it more than anything, because here they can easily cheer for the red-headed superhero who discovers himself when the going gets tough, and defeating the villain becomes toughest!