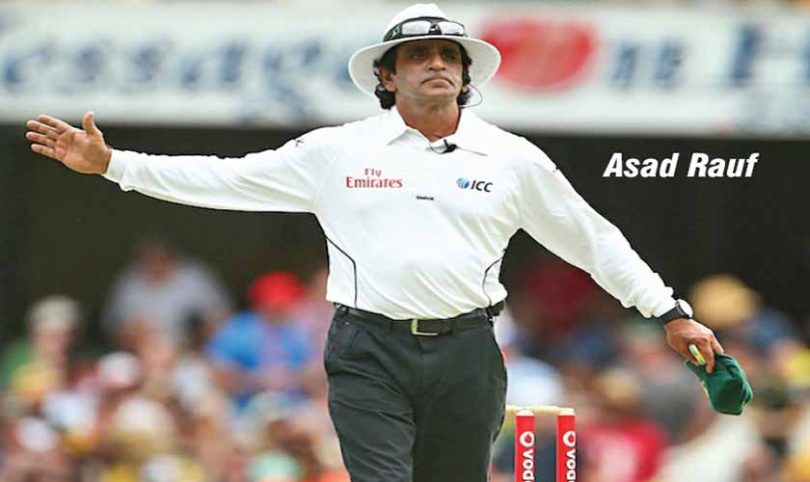 They came, they saw and they conquered yet some sportspeople from Pakistan outlived their shelf life or took their place for granted, falling down from the top to the rock bottom. Among these were a cricket umpire, a hockey legend and a squash champion, yet they didn’t know what they were about to do would put a black mark on their exemplary careers.

Just like bowlers hunt in pairs, umpires make their country proud in the same way. While Aleem Dar was making a name for himself as an international umpire and winning awards, his own countryman Asad Rauf was also there in the list of the top umpires in the world. From standing in 49 Tests, 98 ODIs, and 23 T20Is, including eight World T20 ventures, he fell to rock bottom after his name came up during a match-fixing investigation in India.

Considering he was a Pakistani umpire behind enemy lines, it is a possibility that he was framed but then some pictures of him popped up with an Indian model and that was the end of his umpiring career. He might have been innocent but since he couldn’t keep himself away from the IPL party scene, he ended up making a mess of his umpiring career.

During the 1980s, he was considered one of the world’s best goalkeepers in field hockey and won many matches for Pakistan with his brilliance inside the circle. He was part of the World Cup-winning squad in 1982 and the one that won Olympic Gold in 1984. Shahid Ali Khan represented Pakistan for over a decade and was capped 135 times. In fact, his name became synonymous with Penalty Stroke stopping before his successor Mansoor Ahmed made a habit of it.

However, his second innings in the game, as a hockey coach, wasn’t that great as the former champions emerged as the worst team in the tournament in 2010. Out of the 12 participating teams, the four-time former champions ended at the tenth position. It was because of this horrid performance that Pakistan went on to miss all important tournaments, including the Olympic Games and the World Cup in the years ahead.

For any person growing up in the 1980s or 1990s, Shahbaz Ahmed was the perfect center forward who could do no wrong. It was under his captaincy that Pakistan won bronze medal at the Olympics in 1992, and clinched the Hockey World Cup and the Champions Trophy in 1994. And if he was loved in Pakistan, he was worshipped in India where his final tour in the late 90s saw Indian publications praising him as much as Diego Maradona!

However, the biggest spot on his perfect career came in 1996 when he led a revolt against the hockey officials and jolted the PHF. No one disagreed with the reason behind the revolt but the ‘to play or not to play’ method not just destroyed Pakistan’s chances of doing well at the Olympic Games but also kick-started the decline of hockey in Pakistan. Had the players rebelled against the PHF right after the World Cup or a year before the Olympics, the Green-shirts might have done well at the Olympics, where they won against mediocre sides like the United States and Argentina, drew with arch-rivals India and lost to Spain and Germany, ending sixth after winning one and losing one classification match.

For someone who won so many trophies and accolades for Pakistan, Jansher Khan’s end was anything but perfect. First, he had to miss tournaments in Malaysia because of his alleged wife’s protesting in Kuala Lumpur. Then he man-handled a couple of players on the court during the late 90s.

After retiring from the game at his peak, he decided to stage a comeback for no reason. He fared badly in his attempt to reclaim his top position.

Then he was arrested for storming into the house of a friend, someone he had helped with money but from whom he was demanding a higher interest rate in return. Sadly, the former World No 1 is now living a life of obscurity somewhere in KP, unlike Jahangir Khan who still commands respect in the world of squash