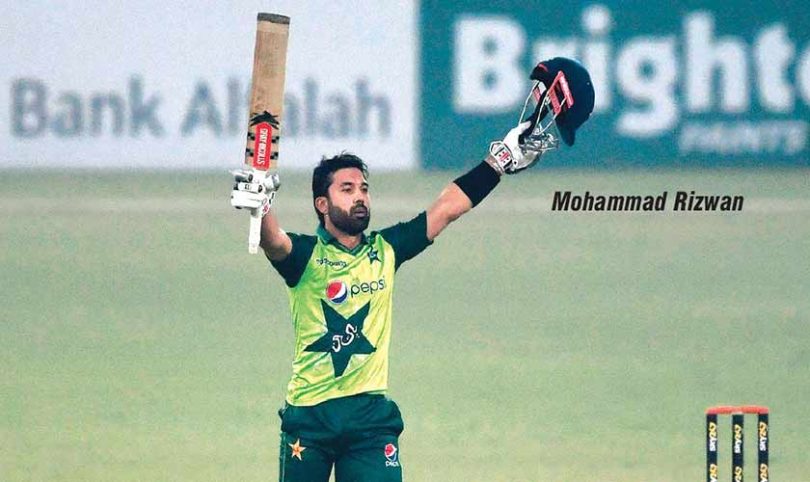 Babar Azam XI may have won the battle, but they might falter in the war!

Ever since Imran Khan and Javed Miandad left, the affairs of Pakistan Cricket have been run on autopilot; if you are doing well then you are in the team and if you are doing extremely well, then you might become the Captain. From Wasim Akram to Saleem Malik, Rashid Latif to Azhar Ali, everyone had their chance at leading the side but they all had to go for one reason or another.

Currently Babar Azam is Pakistan’s Captain in all three formats, and the way he handled his troops against South Africa showed that he needs a crash course if he wants to stay both as the team’s leading batsman and the Skipper. And to top it all, his own batting form deserted him, something that also happened to Indian batting great Sachin Tendulkar, not Virat Kohli with whom Babar is often compared. Do we need Babar Azam the batsman or the Captain? It would be better if he himself performed to prove that he can be both!

While every Test playing nation boasts of an opening pair that scores runs and puts huge partnerships, there came a time in the second Test when Pakistani openers were unable to score runs, and went back to the pavilion before opening their account. The only saving grace throughout the series for Abid Ali and Imran Butt was their sharp catching that won Pakistan matches for sure. Will the selectors opt for the two when the team visits Zimbabwe in a couple of months or will we see the return of tried and tested faces? The lower-order was more aggressive, explosive, and dependable during the series. We wouldn’t have won the series had Mohammad Rizwan, Faheem Ashraf, Nauman Ali, and Yasir Shah not batted wisely and scored the runs that were expected from the opening pair!

The middle-order needs to be stronger!

And then there is the dicey middle-order; is it a written rule that only one player from Karachi will represent Pakistan? Because Asad Shafiq is needed in the middle-order slot more than ever; just imagine him batting with either Mohammad Rizwan or Fawad Alam, and giving Pakistan’s batting the strength it is missing. It’s time Azhar Ali moved back to the opening slot. Babar Azam can easily fit at the number three slot. With Fawad Alam, Asad Shafiq, and Mohammad Rizwan at number four, five, and six, and Hasan Ali, Faheem Ashraf, Nauman Ali and Yasir Shah at seven, eight, nine, and ten, Pakistan can have a lethal batting attack.

There is more to Pakistan bowling than Shaheen Shah Afridi!

Shaheen Shah Afridi is not Wasim Akram, and the sooner we realise it the better. The youngster will break down one of these days and join Junaid Khan, Rumman Raees, Mohammad Irfan and others on the sidelines if the selectors don’t rest him at regular intervals. Yes, he is the best bowler we have at the moment but when Mohammad Hasnain, Musa Khan, Naseem Shah and others are there in the squad waiting for a chance to prove themselves, Shaheen can be given the rest he so dearly requires. This is exactly what happened to Waqar Younis when he was young, and after breaking down, he lost his pace and was later replaced first by Mohammad Zahid and later by Shoaib Akhtar, who bowled faster than him. Shaheen may not be as fast, but if the Board wants him to have a long career like his idol Wasim Akram, they will have to use him intelligently.

Selecting in-form players for the incorrect format should be a crime!

There are many lessons we learned from the series, but if the PCB is serious about improving the game in the country, they must ensure that the right players are selected for the right format. Hussain Talat is not a T20 player but a Test batsman who can bowl, yet he was selected for the T20I series and failed. Iftikhar Ahmed’s all-around abilities – if any – can come in handy in Tests where there is no rush to score quickly yet he continues to be part of the shorter format with Khushdil Shah, Asif Ali, and many similarly tried-and-tested players to give panic attacks to Team Green supporters. Why wasn’t Hasan Ali selected for the first two T20Is and Haris Rauf preferred over him? Hasan Ali was in form both with the ball and the bat, and Haris Rauf was badly out of form. Hasan Ali made the difference in the third T20I and had he been there in the first two matches, who knows Pakistan might have whitewashed the Proteas!