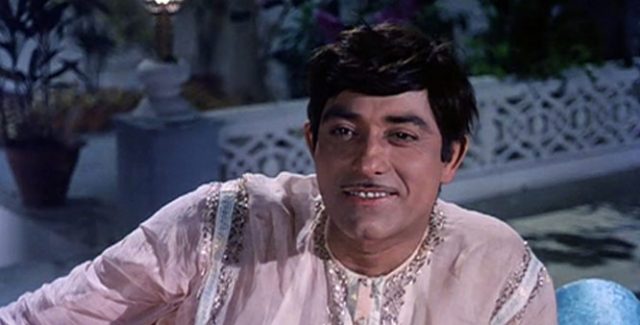 By Omair Alavi Before there was Amitabh Bachchan, there was Raaj Kumar who with his unique style of dialogue delivery, his ability to blast the opponents with his glance and unorthodox film picturization ruled the screen from the early 50s until the early 90s. For 4 decades, Raaj Kumar was on top his game and…

Before there was Amitabh Bachchan, there was Raaj Kumar who with his unique style of dialogue delivery, his ability to blast the opponents with his glance and unorthodox film picturization ruled the screen from the early 50s until the early 90s. For 4 decades, Raaj Kumar was on top his game and today, on what would have been his 91st Birthday, we go through his performances and pay tribute to him.

Mahendra Kapoor won a Filmfare for this song that was filmed on Raaj Kumar; he doesn’t lip sync here but keeps the audience involved with his romanticism, something that he used to his advantage in many films.

Raaj Kumar was needed to look anything but sober in what turned out to be a melancholic song sung by Mohammad Rafi and penned by the great Sahir Ludhianvi. Raaj Kumar excelled here with his emotions, expressions, and ability to involve the audience with his body language.

Raaj Kumar played Raanjha in this Mohammad Rafi song that has been one of the most quoted songs in the history of Bollywood. Whenever one feels let down by the world, he or she quotes these lines and most of the time, things eventually get better.

Raaj Kumar was an unusual choice of a lover to Meena Kumari’s Pakeezah but he turned out to be the best one. His dialogue delivery (more on that later) and his acting was exactly what was required in Pakeezah’s lover.

Here Raaj Kumar is in an aggressive mode as he tries to defend Rekha’s character from Ajit’s, musically. He turns violent only at the end of the song but the way he balances the voices of Kishore Kumar (for two lines) and Mohammad Rafi (for the entire song) is nothing short of brilliant.

Perhaps the most famous of Raaj Kumar’s dialogues – whenever a beautiful foot is found, people still deliver this dialogue.

In this scene, Madan Puri’s character threatens Raaj Kumar’s against his boss’s wishes; Raaj Kumar has the perfect advice-cum-answer for the goon.

Kader Khan threatens Raaj Kumar in the presence of his employer played by Danny, and Raaj Kumar delivers a masterstroke … wait for it!

They came together after 3 decades in a film and ignited the screen with their fiery dialogues, their enormous presence, and extreme expressions. Check the showdown and you will feel that tension is in the air!

There was a reason why Raaj Kumar was worshipped in India; he had the bharam of a superstar which not even the great Dilip Kumar could match. Check the video for his classic dialogue to a man who got injured on his estate, in Betaaj Baadshah, one of his final films.