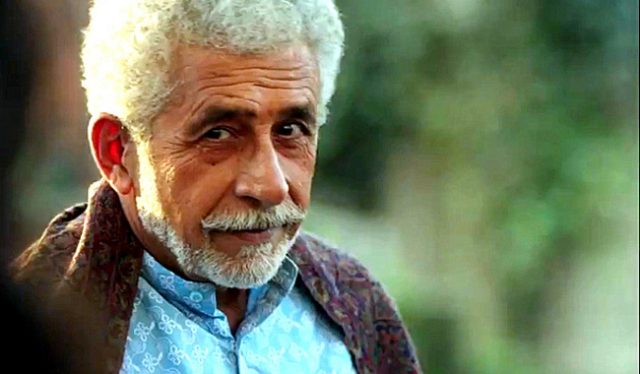 By: Omair Alavi You don’t associate memorable songs with Naseeruddin Shah but trust me; the legendary actor has many hit numbers filmed on him. On his birthday we will try to revisit his career with a few songs and a couple of iconic scenes that helped him become a force to reckon with. Tujh Se…

You don’t associate memorable songs with Naseeruddin Shah but trust me; the legendary actor has many hit numbers filmed on him. On his birthday we will try to revisit his career with a few songs and a couple of iconic scenes that helped him become a force to reckon with.

Music composer RD Burman won his second Filmfare Award for composing the soundtrack of this film where Naseeruddin Shah and Shabana Azmi were as good as it can be. This song takes you down memory lane and never gets old despite being released over 3 decades ago!

This is the Ghalib film Aamir Liaqut talks about, although it’s a TV serial not a film. Naseeruddin Shah plays Ghalib while Jagjit playbacks the ghazals for director Gulzar, making it a lethal combo!

Amit Kumar became the voice of Naseeruddin Shah in the 80s when he started trying his luck in commercial cinema; although the film bombed but this song remains popular amongst the many Hero Hiralal’s we have!

Possibly Naseeruddin Shah’s most popular song especially for the followers of modern music. There was a sad version sung by Amit Kumar and Sapna Mukherjee as well but this one takes the first position.

Naseeruddin Shah shared the screen for the second time with Aamir Khan (they acted in Holi before Aamir became popular as the chocolate hero) and played a ghazal singer from across the border; Jagjit Singh’s song took audience back into the Ghalib days!

Vishal Bhardwaj’s ‘Spaghetti Eastern’ has Naseeruddin Shah playing a con man who falls in love with the same woman who falls for his nephew. The Rahat Fateh Ali Khan song tells a lot about his character or lack of it.

For those who thought Naseeruddin Shah had two left feet, this song changes it all. The veteran actor matched the steps of a much-younger Vidya Balan and looked good, playing an actor of the 70s and the 80s, something he knew best!

Subhash Ghai brought the best out from Naseeruddin Shah who was sharing the screen with his childhood idol Dilip Kumar for the first time; the action to Dilip sahab’s reaction was near-perfect and made this scene one of the best of both the actor’s careers.

Naseeruddin Shah’s first Pakistani film Khuda Kay Liye showed the world the other side of his acting; he played a Mufti who was asked to appear as a witness in an ongoing case and his reasoning left all spellbound. Shoaib Mansoor’s dialogues and direction also added weight to the sequence.

Naseeruddin Shah is on top of his game in this scene from A Wednesday where he is talking to an equally talented Anupam Kher and describing the feelings of a common man!