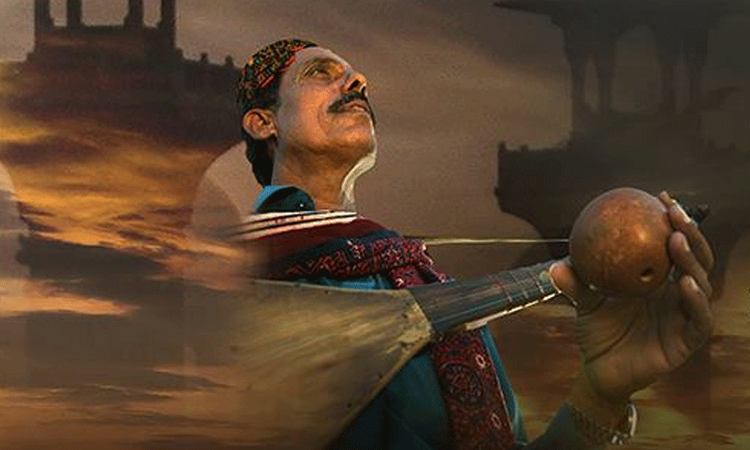 The event’s highlight was the presence of two maestros.

Pakistan has a history of making documentary films that have won international awards for their unique subject and treatment. Director Jawad Sharif’s upcoming documentary Indus Blues — The Forgotten Music of Pakistan has all the ingredients to win accolades for the country since it tackles a very uncommon subject. The trailer of the documentary was unveiled on Monday at an event that was attended by enthusiasts of folk and lost music of Pakistan.

Sane Mela hosted the event held at Alliance Française de Karachi and introduced the team behind the film, before revealing the impressive trailer of the production.

The event’s highlight was the presence of two maestros, Fakeer Zulfiqar and Mumtaz Ali Sabzal, who not only performed live in front of the audience but also spoke about their dying art. Fakeer Zulfiqar’s speech was quite moving as he talked about the history of the instrument named boreendo, the origin of which can be traced back to Moenjodaro.

He went on to ascertain that the instrument doesn’t have many living players and he might be one of the last few because it demands skill and determination. When the audience heard him play the boreendo, they were mesmerised because not many knew that such an instrument existed where you breathe air into a sphere object and also play with the strings, simultaneously.

Banjo artist Ustad Mumtaz Ali Sabzal was the next participant from the documentary to perform at the event. He had an interesting take regarding the origin of Balochi banjo which he told the audience was an updated version of Japanese toy taishogoto. How his grandfather’s elder brother Ustad Gul Mohammad Khan, a rubab-nawaz, moulded the toy into an instrument and how he is the fourth generation from the household to carry on the legacy was inspiring as well as impressive. A resident of Lyari, Sabzal dazzled when he played the banjo, despite having a backache that kept him from handling the instrument with the proper grip.

The film’s director Jawad Sharif who won awards for his earlier work K2 and the Invisible Footmen said that it was only after watching a video clip of people burning musical instruments that he decided to return to Pakistan and create awareness regarding the plight of such talented men. He mentioned Arieb Azhar, Saif Samejo and others in his speech and termed it as something that highlights the struggles of these musicians.

The film’s executive producer Zeejah Fazli and production coordinator Mehnaz Parveen then stressed on the creation of a body that finances topics like Indus Blues and also on the need of hiring these musicians and ensuring that their art and skill is transferred to the next generation. They also added that this film will be a stepping stone as they believe that by creating awareness about forgotten musical instruments and musicians, they will be helping create a different, positive image of Pakistan abroad.

Gilles Pascal, director Alliance Française de Karachi, was thanked for being instrumental in arranging the show. Veteran TV actor Adnan Siddiqui was one of the attendees who spoke about the potential of the documentary and how it will help in presenting talented musicians to the world. He said that he is planning to work with Jawad (Sharif) who has not just made a film but performed a social responsibility.

TV actors-turned-directors Ehtisham Uddin, Saife Hasan and Aehsun Talish were also present at the event to support the 76-minute documentary film which the director wants to release by the end of the year commercially in cinemas.