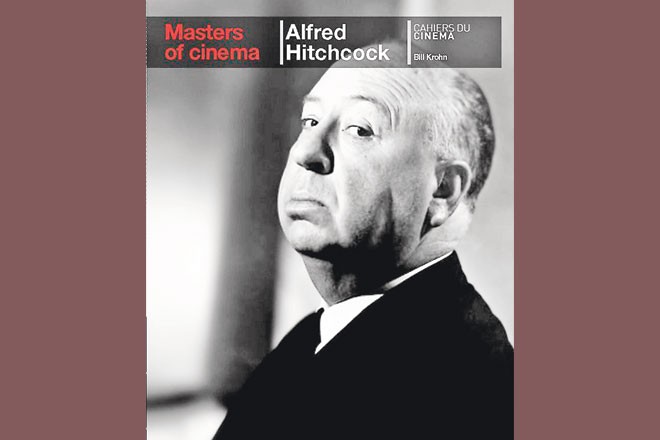 The name Alfred Hitchcock will always come up whenever a list of best directors of all time is compiled; however, not much is known about the British director’s earlier works or the films that contributed most to his meteoric rise in Hollywood. In Bill Krohn’s Masters of Cinema: Alfred Hitchcock, you get to know all there is to know about the ‘Master of Suspense’ and what made him try his hand at TV when in reality, he hated the medium the most.

Alfred Hitchcock wasn’t always the burly and bald director we know him to be; when young he was one of the most active, aspiring directors who tried to learn from the masters of cinema. This book tells us that even in the silent era, Hitchcock wanted to do something big and when he wasn’t able to satisfy his creativity, he chose to work with foreigners, a move that eventually saw him move up to Hollywood. We also get to know that Hollywood wasn’t a bed of roses for the young director, who had to bear with his first director David O. Selznick who meddled so much that Hitchcock decided to take refuge elsewhere and better results proved him to be right.

If you didn’t know that Hitchcock made his directorial debut with The Pleasure Garden in 1925 and The Lodger was his first commercial success, don’t worry as this book tells you more. He idolized Hollywood legend Cecil B. DeMille and wanted to make gigantic films like him and that’s why after trying his hand at adaptations – The 39 Steps and Rebecca – Hitchcock decided to move up the ladder and deliver big hits as his horizon widened. He went for the most famous actors of that time and cast them in films that weren’t run-of-the-mill and that’s why even today he is considered the most influential director of that era!

Be it working with legendary actors Ingrid Bergman, Cary Grant, James Stewart, Kim Novak, Grace Kelly or Tippi Hedren, Hitchcock was always the driving force behind his project and the narrative in this book explains the reason why. He knew how to use the camera to the fullest and it was due to this technical prowess that he designed impossible situations, grand sets, and plots that no other director would even touch. He was the man with a vision and you get to know about his lesser-known earlier work here and that helps the readers understand what turned a good director into a great one.

If you thought that his claim to fame is his classic films from the 60s including The Birds or Psycho, think again. The medium he despised the most – television – was behind his sudden rise and Alfred Hitchcock Presents gave him the creative control he didn’t get in films. Unlike his movies that were either based on ‘A Case of Mistaken Identity’ or ‘International Conspiracy’, he could make his characters do bad things on TV and get away with it till the climax, where they always met an end they deserved.

Besides the classic images from nearly all of his films, this book also contains some reviews as well as articles about either Hitchcock or his films whereas in some quoted interviews, he is seen talking about the one thing he truly loved – films. Get your hands on this book to learn about the visionary director.