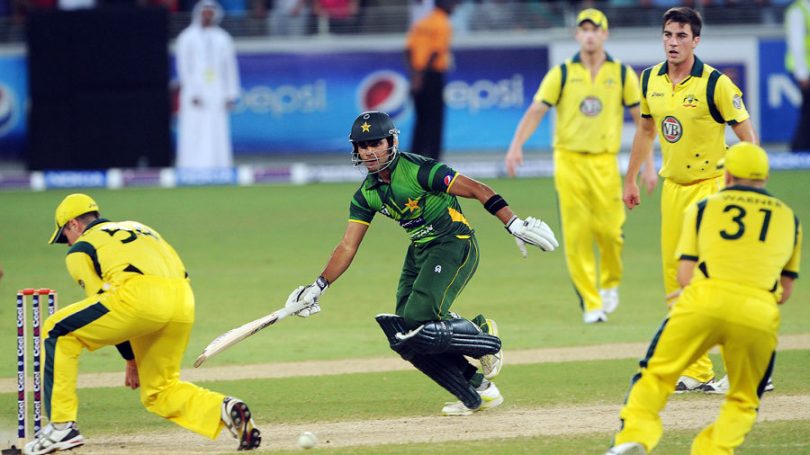 By: Omair Alavi Let me admit to one thing – I wasn’t expecting Pakistan to win even once against Australia, no matter how bad the World Champions performed against the South Africans. First of all, the Aussies are a professional side that knows its negatives and positives, the Cricketers are a fit unit who know…

Let me admit to one thing – I wasn’t expecting Pakistan to win even once against Australia, no matter how bad the World Champions performed against the South Africans. First of all, the Aussies are a professional side that knows its negatives and positives, the Cricketers are a fit unit who know what the expectations are from them, they have a coach who regularly has team meetings where he and the captain make plans which the players execute in the field. In short, they are the exact opposite of Pakistan Cricket team.

How Pakistan Cricket team performed in Australia is nothing new as they have always done that ever since their triumph Down Under in 1992 – except once in 1997 when Wasim Akram brilliantly led the team to victory in a tri-series involving West Indies as well. You can judge their performance from the fact that Babar Azam became the first batsmen to score a century in Australia against the hosts since Zaheer Abbas’s 108 at Sydney in December 1981, meaning cricketers from Javed Miandad to Inzamam ul Haq and Saeed Anwar to Yousuf Youhana (later Mohammad Yousuf) never reached three figures when they were facing Aussies in Australia. Wow!

So who is to blame for the debacle Down Under? The management blames the players for not giving their 100 percent, the players blame lack of practice and experience in Australia conditions, the captain blames missed chances and so on. In fact, nobody will take the blame because neither Inzamam ul Haq is as upright as Iqbal Qasim (who resigned as Chief Selector the last time the team returned from Australia) neither the captain Azhar Ali is ashamed of the performance because had he been, he might not have played the last 2 matches as a half fit leader.

I blame the whole system because if practicing on a slab could have been the answer, if bowling from 18 yards was the solution and if selecting one-dimensional attack was the response to many left handers in the opposing side, then all teams might also have done well in Australia, not just South Africa, England and India. They were teams that were led by aggressive captains who play according to the plan and didn’t have players who played for their places in the side. Why did Indian batsmen score centuries in Australia when they have the same pitches as ours? Had anyone heard the English players complain regarding lack of practice in Australian conditions? Did the South Africans train differently for the tour of Australia? No. They just went with a mindset to win and even if they lost (in case of India); they fought with whatever they had and impressed.

Sadly, we had made the plan long before we even left for Australia otherwise the best bowlers would have been selected, not Rahat Ali and Wahab Riaz. Had Sarfraz Ahmed been made the captain of the side, things might have been different as he is aggressive unlike both Azhar Ali and Mohammad Hafeez. In fact, we could have used Sarfraz in the Gilchrist-esque role but for that we will have to first grow up. Didn’t the Aussies open with Travis Head in the final match and he delivered? We could have done the same with the normally useless Umar Akmal so that his complain of not batting higher would have been addressed. But had Sarfraz been at the helm, he might not have asked for Umar Akmal as a batsman considering he hasn’t done much both in domestic cricket or international one. He might have played Mohammad Nawaz when Imad Wasim was injured, not Wahab Riaz who is playing in the side for his handful of performances. Mohammad Rizwan would have not been picked as a batsman after a couple of failures and someone more deserving might have been in the final XI.

For all this to happen, we also need a good coach which Mickey Arthur isn’t. We give chances to promising players of Pakistan Super League but I want to know whose bright idea was to pick the worst PSL coach as Pakistan’s national coach. As coach of the Karachi Kings, we saw him behind everything bad that happened with the side despite the squad having quality players. We all remember how Ravi Bopara blasted the captain for bad strategy in a press conference and guess who the coach was? You guessed it right – Mickey Arthur. Just imagine, he had a terrible run as coach of Australia and the team only went on top of the rankings, after he was axed. And we picked him up!