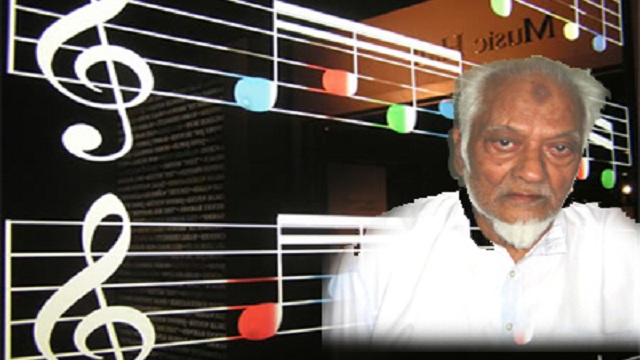 By: Omair Alavi He may have passed away in 2007 but the songs by Nisar Bazmi keep him alive in our hearts. The legendary composer delivered hits after hits during his film career and on his 10th death anniversary; we revisit those songs that are now considered classics: Ho Tamanna Aur Kia – Aisa…

He may have passed away in 2007 but the songs by Nisar Bazmi keep him alive in our hearts. The legendary composer delivered hits after hits during his film career and on his 10th death anniversary; we revisit those songs that are now considered classics:

The film made Nisar Bazmi a household name as the songs not only became popular but were also different from the kind of music produced in those days. This song was also the beginning of an association between Nisar Bazmi and Madam Noor Jehan who gave countless hits in coming years.

Mehdi Hassan was used intelligently by Nisar Bazmi in many songs, unlike other composers who gave all kinds of songs to the ghazal maestro. This song wouldn’t have been made memorable had it been sung by someone other than Nisar Bazmi.

There was only one Ahmed Rushdi who could sing both romantic and sad songs and Nisar Bazmi knew that perfectly. That’s why he used the popular singer in this song performed by minimum instruments, and that’s one of the many reasons why it is even popular after 5 decades.

Mala and Ahmed Rushdi sing this wonderful duet from Shamim Ara’s first film as a producer; even today it is regarded as one of the finest romantic songs of that era.

Nisar Bazmi makes his mark in colored films as well and uses Ahmed Rushdi’s vocals to cast a spell on the audience; the rest was done by Waheed Murad who kept chasing his lady love who returns the favour by singing the song at the climax.

This film further consolidated Mujeeb Alam’s place as one of the top playback singers of the era although his stay was shortlived as Ahmed Rushdi’s reign was far from over. Most of the songs in the film were copied abroad and are still popular wherever Urdu songs are listened to.

The range Madam Noor Jehan has shown in this song is something only she could achieve and that’s one of the many reasons why people still love this song – Waheed Murad and Shamim Ara being the other.

And then there was Runa Laila, who danced into the hearts of the audience with her many sexy renditions including this song where Rani danced, Waheed Murad looked surprised and Bazmi sahab delivered an ace.

Ahmed Faraz’s poem was immortalized by Mehdi Hassan and Nisar Bazmi and the way Mohammad Ali expressed those words on screen cannot be repeated.

Ahmed Rushdi proved to be the perfect voice for Waheed Murad and Nisar Bazmi used it to his advantage in this Raza Mir flick where Rani dazzles as a Naag!

And it was Super Runa again who gave other playback singers of the era a run for their money by being ‘just perfect’. This song from Umrao Jaan proves that she was at the top of her game, courtesy Nisar Bazmi.

Nobody in his right mind would have been able to compose a sad song for Rangeela yet Nisar Bazmi did the inevitable and immortalized the words of Shewan Rizvi – and that too in the presence of not one but 2 Rangeelas!

Nayyara Noor makes it to the Nisar Bazmi camp through this song and continued to playback for all the music composers for the next decade. Here, her vocals fit the expressions by Shabnam and they seem inseparable!

This may not be Mehnaz’s first song but it was released a lot earlier than Musafir where she actually makes her debut; Nisar Bazmi saw the potential in the vocalist who went onto become the most celebrated of singers for next 20 years.

Alamgir was given a chance in films through Jagir and this song made him popular for a time period; his last film number was also composed by Nisar Bazmi a decade later in Khush Naseeb!

Mehdi Hassan may have sung many fast paced songs but never has he been this good – courtesy the weird steps of Ghulam Mohiuddin and the presence of both Lehri and Munawwar Zarif!

Ghulam Abbas was used for the first time in a film by Nisar Bazmi and Robin Ghosh and once you listen to this song, you will realize what an asset he was to have in those days. He still is around, if we can use him in films.

This song featured in the film on as many as 4 occasions and was sung by Naheed Akhtar, Saleem Shehzad and Mehnaz. It was copied abroad as well but the Pakistani version remains the best!

Asad Amanat Ali Khan also playbacked for Nisar Bazmi in Intekhab and does an amazing job; add Daman-e-Koh to the background and you get a perfect filmi number with Shabnam dazzling in beautiful locations

Nisar Bazmi made a comeback to films with Very Good Duniya Very Bad Loag and although the film didn’t do well, all the songs went onto become chartbusters. Here the maestro uses Humera Channa and Shazia Manzoor as playback singers and succeeds, Trust me, you can’t have a more grand song than this!