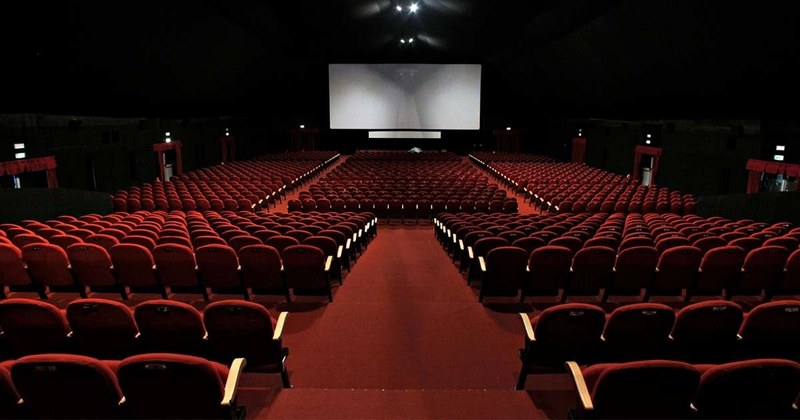 We have selected three Hollywood, and three Pakistani films for you that are on everyone’s list. What makes these six flicks the most anticipated movies coming out in the second half of 2020, let’s find out:

F9, Quaid-e-Azam Zindabad lead the list of most-awaited films in 2019

It has been a long time since we have heard the term ‘Coming Soon to a Cinema near You’, because a) the cinemas were closed and b) the films weren’t complete. However, with Cinepax Cinemas and Nueplex Cinemas opening their gates for vaccinated viewers from today, there are a certain number of films that we want to watch nowhere else but on the cinema screen.

Vin Diesel and his gang is back, and this time they are up against one of their own! Yes, the sudden appearance of Dom’s estranged brother Jakob (John Cena) has rattled the ‘family’, like never before. While the crew returns to take on the bad Toretto, Cipher (Charlize Theron) aids him against his elder brother and his folks. Will Dom be able to finally put his past to rest by defeating his brother, or will he and his family succumb to the dirty tricks of the black sheep of the family. The film has been released digitally but those who know that the only way to watch a ‘Fast and Furious’ flick is inside a cinema, haven’t touched it for they know, that the future is faster!

Whenever the world is in trouble, who comes to save it as well as make the villains suffer? Avengers! And what do you do when the origin story of one of the ‘fallen’ avengers is shown in cinema? Run to the theatre before it’s too late. That’s exactly what the audience has in mind regarding Scarlett Johansson’s return as Black Widow. If you are wondering as to how she is back when she sacrificed her life to save Hawkeye in the last Avengers’ flick, the catch here is that this is her origin story. What were the reasons that made Natasha Romanoff become the Black Widow, and how she switched sides, from helping the bad guys to giving her life for the good ones!

No Time To Die

British Secret Service Agent 007 has never made his fans wait more than he has done with No Time To Die! James Bond will be back in business once the cinemas reopen, and we are all ‘dying’ to meet him this time around. After all, this will be Daniel Craig’s last assignment as James Bond, and someone younger, and different is likely to take over. But even that hasn’t kept him away from the action, and he is all set to ‘not die’ and make others pay. The film’s release has been postponed on multiple occasions but with things getting better around the world, it might come to your screen, sooner than you think!

It took a Na Maloom Afraad to kickstart the film industry’s revival in 2014, and it will take another Nabeel – Fizza collaboration to revive it post-pandemic. Paired with their favorite actor Fahad Mustafa, and the ever-youthful Mahira Khan in lead roles, this flick is definitely Pakistan’s answer to the Simmba, Singham, and Dabangg movies that have done well in Pakistan, and in India. The teaser gives you a glimpse into what the film has to offer, and we are more thrilled than before, after going through it. After all, hardly anything goes wrong when Fahad Mustafa is in front of the camera, Nabeel Qureshi behind it, and Fizza Ali Meerza bankrolling the project!

We all know Imran Ashraf and Amar Khan are talented TV actors but do we know what will happen if they are paired together in a film, that too written by one of them. Yes, Dum Mastam has been penned by one of the leading cast members of the film, and her name is not Imran Ashraf. Surprised? Be ready to be surprised to see Amar Khan in her fabulous debut as a writer and a leading lady, Imran Ashraf as the main lead, Momin Saqib in his film debut as well as prominent performances from Saleem Meraj, Adnan Shah Tipu, and others. This is will not be director Ehteshamuddin’s second flick after Superstar but also Adnan Siddiqui and Akhtar Hasnain’s first film as producers. Enough reasons to wait for the project, right?

Tich Button is not just Urwa Hocane’s debut as a film producer but also Farhan Saeed’s film debut as an actor, Qasim Ali Mureed’s debut as a director, and Iman Ali’s return to films after six years. With Feroze Khan and Sonya Hussyn already established names on TV, this film will give them the chance to make a mark in films. The trailer promises a lot of things such as hardcore action, well-choreographed stunts, besides the song and dance routine that adds color to an already colorful project. The presentation looks more filmi rather than TV-ish and that’s one of the many reasons why Tich Button should not be missed.