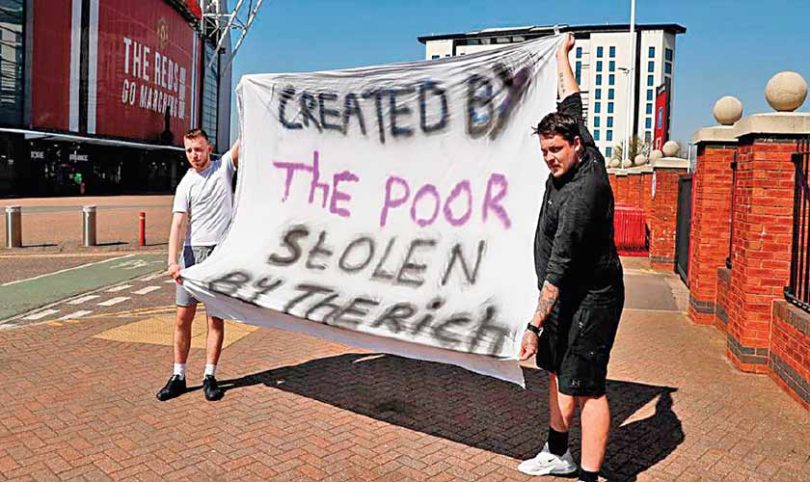 Popular sports have always been subject to conflicts, sometimes between officials and players, at other times between groups of officials and also between corporate interests and players’ welfare. Football being one of the most ardently followed sports in the world is currently going through a crisis. With notable football clubs threatening to form their own brand to rival Champions League – European Super League – Football is finally following the Cricket way.

Till now it has been Cricket that has followed Football – introduction of the World Cup in 1975, the induction of huge bucks and the rise of the Premier & Champions Leagues. How Cricket handled its biggest Cricket-threatening conflicts is as interesting as it sounds:

Before Kerry Packer was refused TV rights by Cricket Australia (then Australian Cricket Board) in the mid-70s, Cricket was played in whites, matches were played only in daytime and Cricketers were part-timers, representing their Countries. Playing was their passion. What Kerry Packer brought to the game were the very elements that made it one of the most loved sports in the world. He was the one who went for Day-Night matches, introduced coloured kits and white balls, and in his world, Cricketers never had to worry about money.

The International Cricket Council (ICC, then known as International Cricket Conference) first threatened and later banned all the players who were part of this venture, including our very own Imran Khan, the West Indian World Cup-winning Captain Clive Lloyd, and English Captain Tony Grieg who was stripped off captaincy by his Board. However, after a legal battle in England that ended in the Australian media mogul’s favour, everything was back to normal — that is, if you put increased salaries, colored clothing, white ball, and day-night matches in the normal category.

The South African Cricket team was banned by every Cricket organisation in the world because of apartheid; and there were dissatisfied Cricketers who wanted to play Cricket but weren’t getting selected and those who had no clue that one tour of South Africa would end their international careers. The South African Rebel Tours were a series of as many as seven cricket tours between 1982 and 1990, in which banned South African Cricketers played against other teams, in order to save the game of Cricket that was losing its popularity in the continent.

Players like Sir Geoffrey Boycott, Graham Gooch, Kim Hughes, Colin Croft, Sylvester Clarke, and Lawrence Rowe represented their countries (unofficially) with Graham Gooch once playing for the hosts against the West Indians. They all were reprimanded back home whereas the whole Sri Lankan side was banned for life, ending the careers of many promising youngsters. It was only after South Africa’s readmission to World Cricket in the 1990s that the rebel tours ended, and players were saved from further embarrassment. Otherwise, they might have continued and many careers would have ended before achieving their best, internationally and officially.

Before there was the Indian Premier League, there was the Indian Cricket League that kick-started the T20 revolution in India. It featured some of the leading players from across the world, including Mohammad Yousuf, Abdur Razzaq and the recently-retired Inzamam ul Haq from Pakistan, Damien Martyn, Michael Kasprowicz and Ian Harvey from Australia, Chris Cairns, Lou Vincent, and Chris Harris from New Zealand, Marvan Atapattu, and Russel Arnold from Sri Lanka.

For two seasons, Pakistanis backed Lahore Badshahs as if they were a full-fledged Pakistan side.

After it died its premature death, the players returned to their national side, and one Abdur Razzaq helped his side become World T20 Champions!